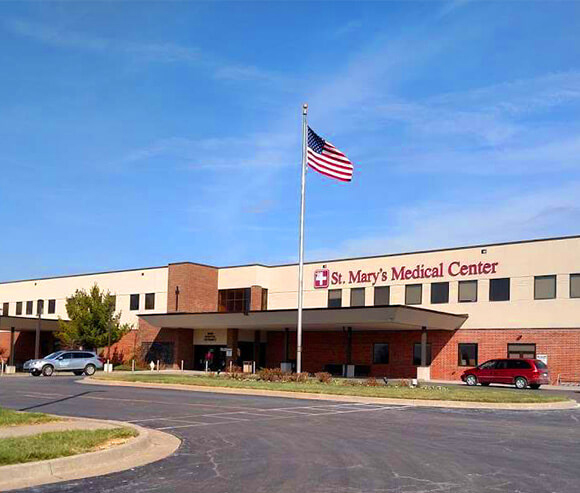 As the first civilian hospital in Kansas, Saint John Hospital has a long history of serving the community. On March 15, 1864, the Sisters of Charity of Leavenworth received their first patients, a family of Civil War refugees fleeing from Sherman’s Army. Even though the hospital, originally located at Seventh and Kiowa Streets, was not yet finished and had minimal supplies, the Sisters took them in, fed and clothed them and gave them a fresh start.

One hundred and fifty years later, the staff at Saint John remains committed to improving the health of Leavenworth area residents. To celebrate its milestone anniversary, the hospital is planning a yearlong celebration in 2014.

A Legacy of Serving the Community

To the people who live and work in Leavenworth County, Saint John is much more than a building or health care facility. The hospital, under the guidance of the Sisters of Charity of Leavenworth, has played an integral role in the development of the City of Leavenworth and has cared for generations of area residents.

Saint John meets the health care needs of a broad patient base that includes military families, university personnel and students, farmers and individuals affiliated with the area’s four prisons. The hospital is now part of Prime Healthcare Services, which is committed to maintain quality health care services, making it possible for area residents to stay close to home when they need expert medical care.

As part of its continuing efforts to meet the community’s needs, the hospital is planning a new, state-of-the art Emergency Room to be located in the Saint John Medical Plaza. The project is scheduled to start in this Spring and will be completed in the Fall.